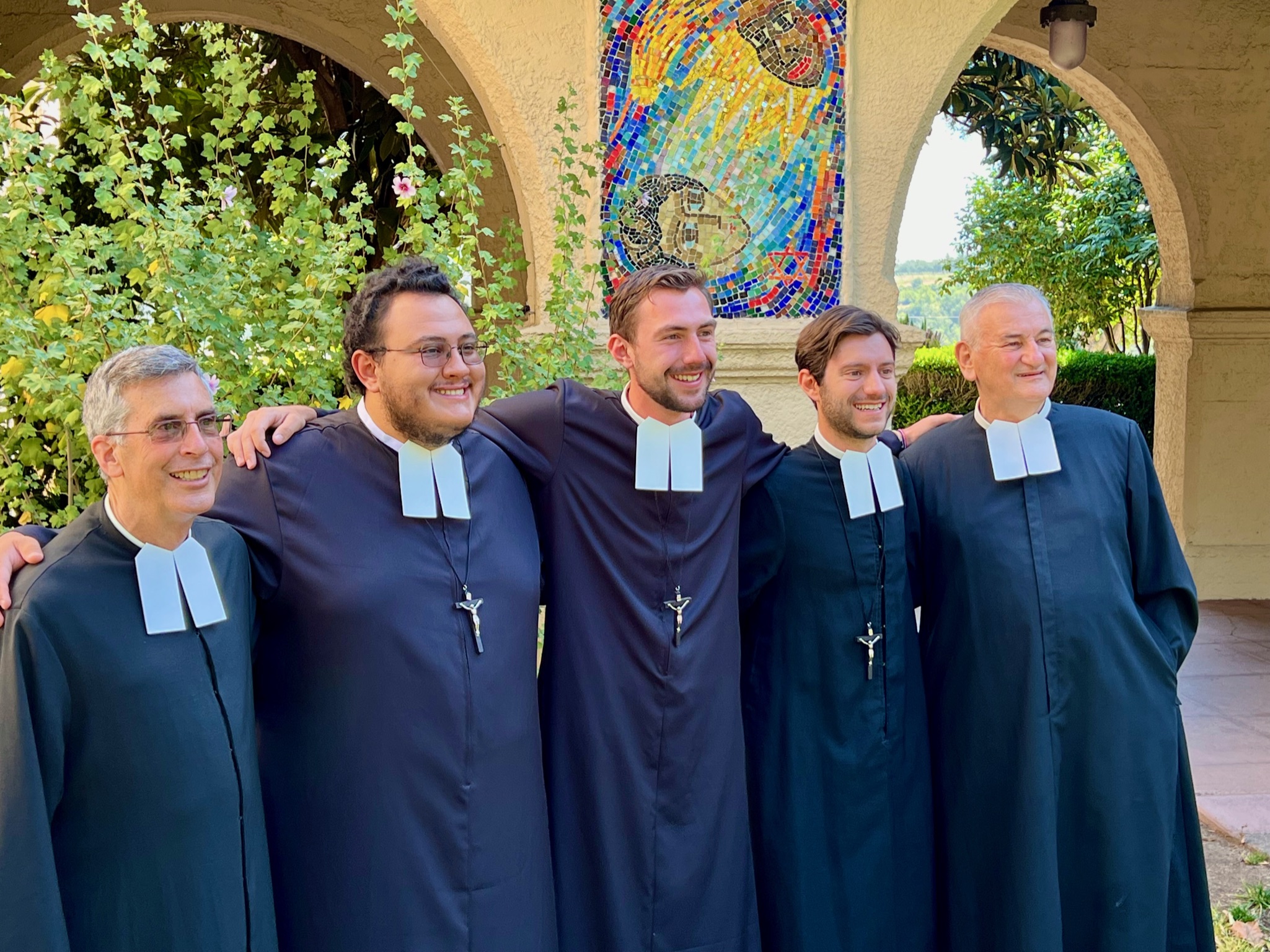 Three Brothers from the Lasallian Region of North America began their yearlong experience at the Regional Novitiate in Chicago, Illinois, on July 21, 2022.

Brothers Matthew Chiantella, Halen Gamino and Carter Powers from the District of San Francisco New Orleans (SFNO) continue their formative journey as novices. They opened their year with a prayer service and orientation to novitiate experience. They will be accompanied throughout the year by Brother Steven Vasoli, FSC, Novitiate director, and Brother Michael French, FSC, sub-director.

Prior to heading to Chicago, each received the Brothers’ religious habit, crucifix and copy of The Rule of the Brothers of the Christian Schools during a robing ceremony at Mont La Salle in Napa, California, on July 17, 2022.

“I am looking forward to the stillness,” said Brother Halen. “During the school year there is a lot of go-go-go. I expect I will able to step back, learn things I will carry with me forward into my life after novitiate and have space for self-reflection.”

Similarly, Brother Matthew is looking forward to the time for contemplation and discernment. Prior to this year he completed his 10th year as a teacher. “I have the opportunity to stop, think, reflect and pray about what God wants me to do with my life,” said Brother Matthew.

“I have a lot of zeal and energy. I love what I do,” said Brother Carter. “What will help me be a better Brother will be becoming contemplative in the classroom, where I can see God in my students, in myself and in the mission constantly.”

Please pray for the Brothers during this formative time in Novitiate.

In the coming weeks, visit www.BrothersVocation.org for profiles featuring each of the three novices in which you will learn about their discernment process and more about them personally.

Service and Shared Community during Summer