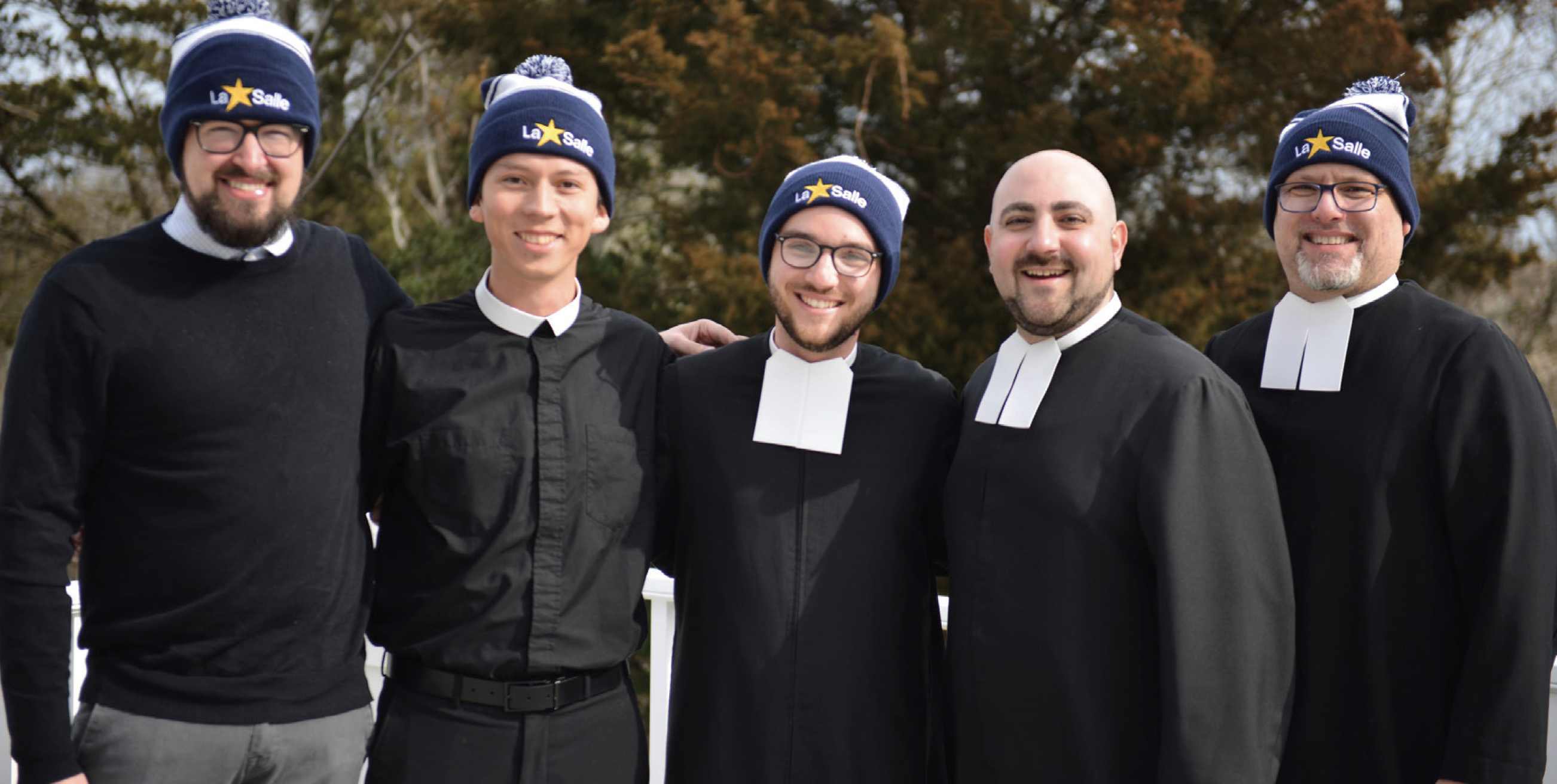 Originally published in The Courier, Diocese of Winona-Rochester, MN

To touch the hearts of your students and

inspire them with the Christian Spirit

is the greatest miracle you can perform.

Above is one of the first quotations I encountered by Saint John Baptist de La Salle, Patron of Teachers and Founder of the Christian Brothers, or, more accurately, the Brothers of the Christian Schools.

Actually, he had me at “touch the hearts of your students.”

You see, when I joined the Brothers, I was already a teacher, and I very much valued the relationship I had with my students. It almost seemed like a sacred trust, but I simply didn’t have the “spiritual infrastructure” to articulate it.

Saint John Baptist de La Salle and the Brothers gave that to me, and when I heard the invocation: “Let us remember that we are in the Holy Presence of God,” I was hooked.

I knew pretty early on that I was called to be a teacher. I was very inspired by many of my teachers at Trinity High School in Dickinson, North Dakota. And many of those who most inspired me were School Sisters of Notre Dame from Mankato.

I wanted to do for my students what they did for me.

Our tagline as Lasallian educators is: “Teaching Minds, Touching Hearts, and Transforming Lives since 1680.” That’s the year we Brothers use as our founding date.

A priest named Jean-Baptiste de La Salle from Reims, France, was unexpectedly called by God to launch a whole new type of religious order of men in the Church: a community of teaching Brothers who would not be ordained, but who would devote their lives to teaching children, especially the underprivileged. De La Salle’s response was a sheer act of faith and a progressive life journey that has resulted in one of the largest educational charisms in the Church.

Brothers and Lasallian partners today are in 80 countries and touching the hearts of around a million students.

More locally, we have been at Saint Mary’s University in Winona since 1933. Over a hundred Brothers have served SMU in a variety of capacities.

But no matter what they did and continue to do—lead the university, teach, tend the ski trails, live in residence halls—the Brothers are here for the students.

As a banner reads in Saint Mary’s Press here on campus: “It’s all about the kids.” Amen.

The unique vocation of a religious brother in the Catholic Church was formally—and finally—recognized with an official Vatican document in 2015: “Identity and Mission of the Religious Brother in the Church.” The title “Brother” is very important to me, and I try never to take it for granted, because it implies a particular kind of relationship with both the young people we serve as well as our colleagues.

We Brothers strive to be builders of community and hospitality. I have seen it so often: Brothers are at their best when they are in the presence of young people.

Recent studies on young adults talk about the lack of trusted adults in their lives. They just want someone to be there for them, to truly listen, to walk with them. We Brothers are called to accompany the young and gently help them discern where God is calling them.

My first placement as a Brother was in Stevens Point, Wisconsin, at the very high school which Blessed Brother James Miller attended before he joined the Brothers. And here at Saint Mary’s University where he received two degrees, a residence hall is named in his honor accompanied by an outdoor sculpture. I met Brother Jim once, when he was home in Stevens Point on his Christmas visit.

He was murdered a few weeks later in Guatemala. “Hermano Santiago” literally gave his life for the young people entrusted to his care, and he remains a powerful role model for me and so many Brothers, especially since his beatification in 2019.

In fact, I currently live with two of his novitiate classmates.

What a legacy and what a blessing to be part of a global family dedicated to improving the lives of young people in an amazing variety of settings. And it all boils down to “touching hearts,” which, when you think about it, is really what Jesus was all about.

I feel so fortunate to have found my life calling as an educator and my vocation as a Brother that I recently agreed to take on my new work as Director of Vocation Ministry for our Midwest Province. I want to do what I can to help others—especially young men with a hungry heart and a pilgrim’s soul—to explore this vocation that I’ve given my life to.

If you’re interested in hearing two of our novices talk about their lives as Brothers, tune in to their podcast Brothers’ Banter.

I conclude with the saying with which all Brothers and Lasallians end prayer: “Live Jesus in our hearts—Forever!”

Brother Larry Schatz, FSC currently serves as the vocation director for the Midwest area of the United States and may be reached at lschatz@cbmidwest.org. 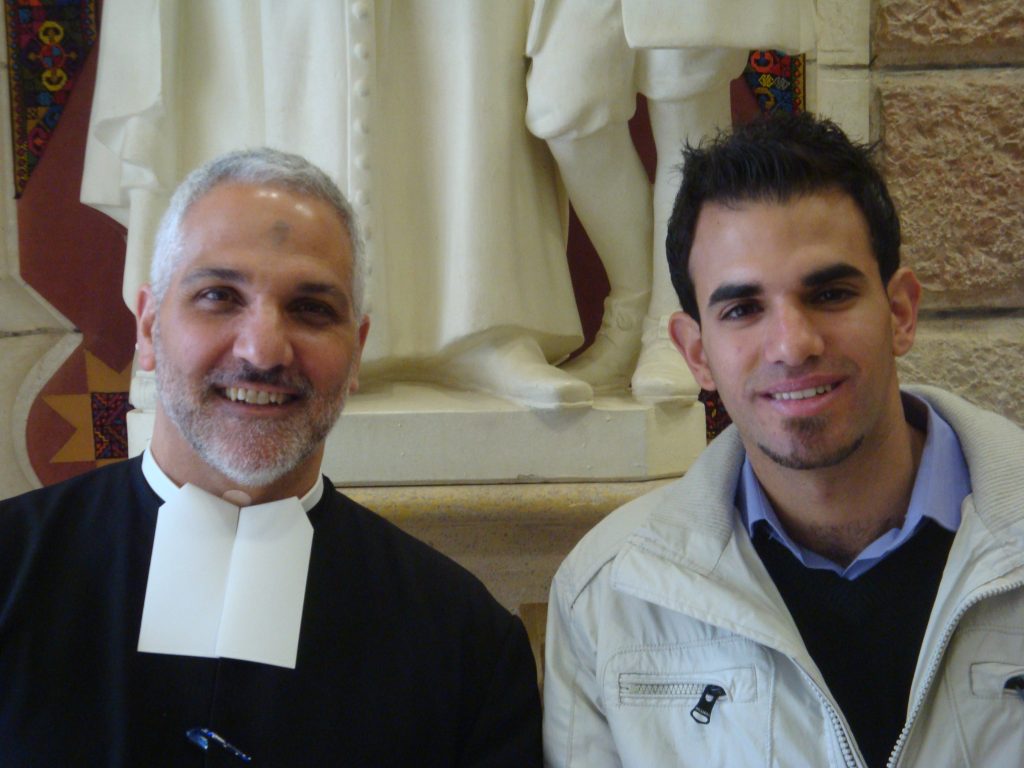 Being Brother in the Holy Land 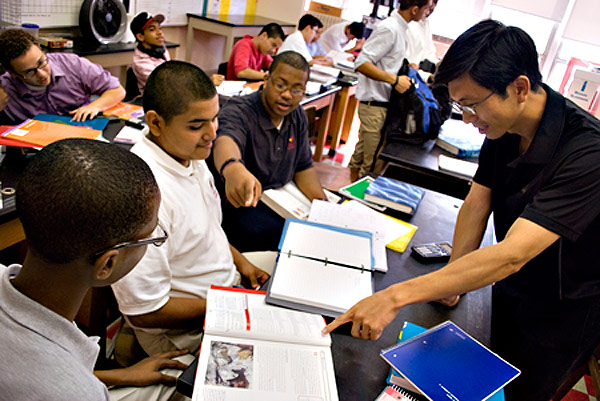 Passion for the Periphery 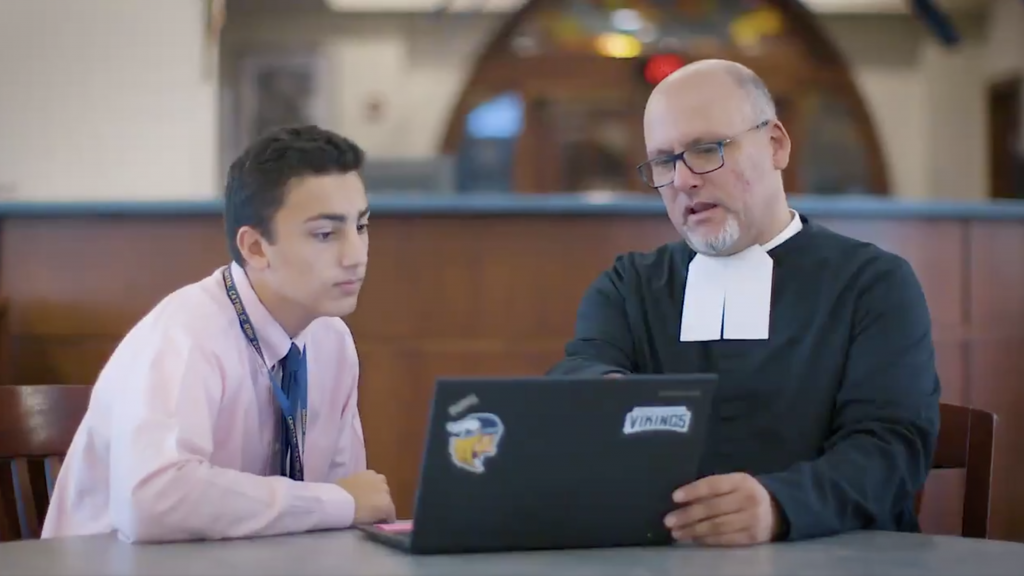 Adventure of Being an Educator