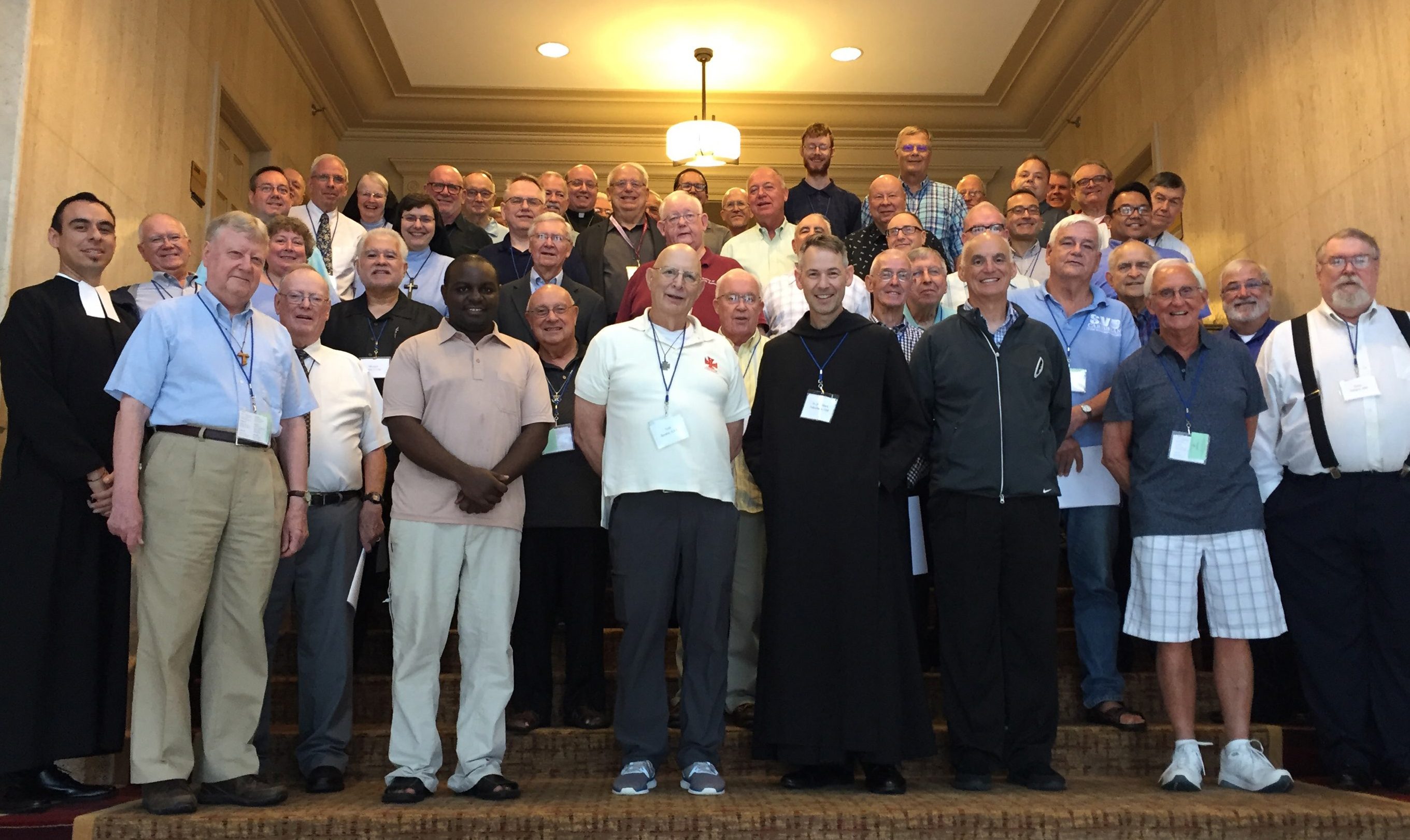 The 47th annual Assembly of the Religious Brothers Conference (RBC) took place July 20-23, 2018, at the Bolger Center in Potomac, Maryland. More than 50 Brothers from various religious communities gathered for reflection, prayer and celebration. Brother John Mark Falkenhaim, OSB, was the keynote speaker and addressed the assembly’s theme of “The Zealous Brother.”

This annual assembly is a unique opportunity for religious Brothers to gather and share their experiences. As Brother Larry Lussier, CSC, wrote, “As each Brother introduced himself and identified his ministry, I recognized a blessing of grace that flowed throughout the room. Here were zealous Brothers in the flesh even though most were now in their 50s, 60s, 70s. They were on the cutting edge of ministry…”

The assembly included a Washington, D.C., tour outing with a celebratory Mass and banquet that honored the contributions of various board members. Fr. John Pavlik, OFM CAP, executive director of the Conference of Major Superiors of Men, was honored with the Pillar of the RBC award.

Moved by the Spirit, on the final day of the assembly, a statement encouraging religious Brothers to continue serving those on the margins was endorsed by the participants. Read the statement >