Pray for Brothers during their Novitiate year 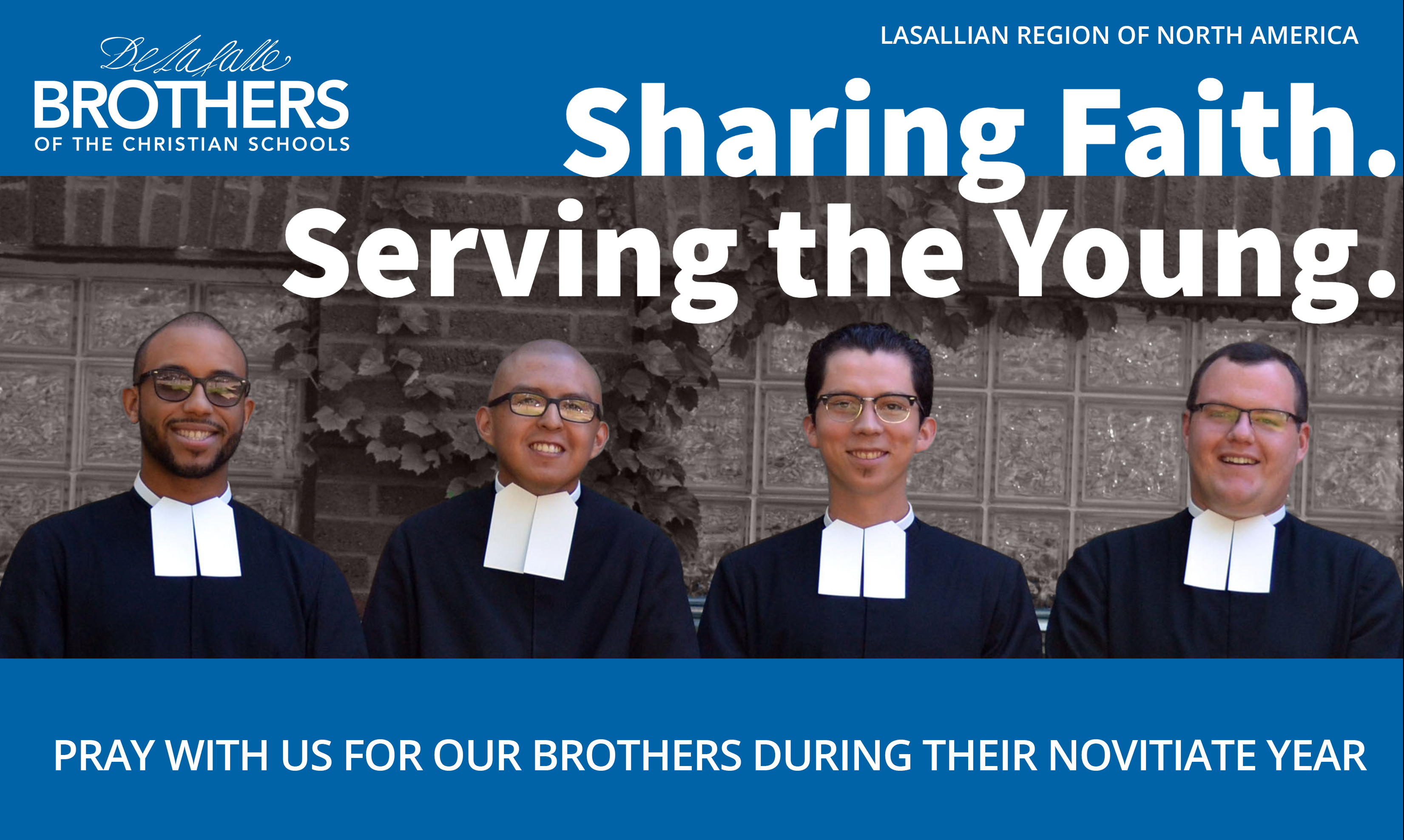 Four young Brothers are now more than month into their experience at the Regional Novitiate, which began on July 27 in Chicago, Illinois. Brothers Kyle Mena and Joseph (J.D.) Macioce, from the District of Eastern North America, Brother Steven Angulo, from the Midwest District, and Brother Rafael Rodriguez, from the District of San Francisco New Orleans, are taking part in the one-year experience that aims “to situate the distinctive vocation of the Brother in salvation history and in the service of the Church” (Rule 93.3). They are accompanied by Brother Thomas Johnson, FSC, Novitiate director, and Brother Steven Vasoli, FSC, Novitiate sub-director.

Download and print this new poster to remember the novices in prayer during the year ahead.

In the coming weeks, BrothersVocation.org will share profiles featuring each of the four novices in which you will learn about their discernment process and find out some fun facts.