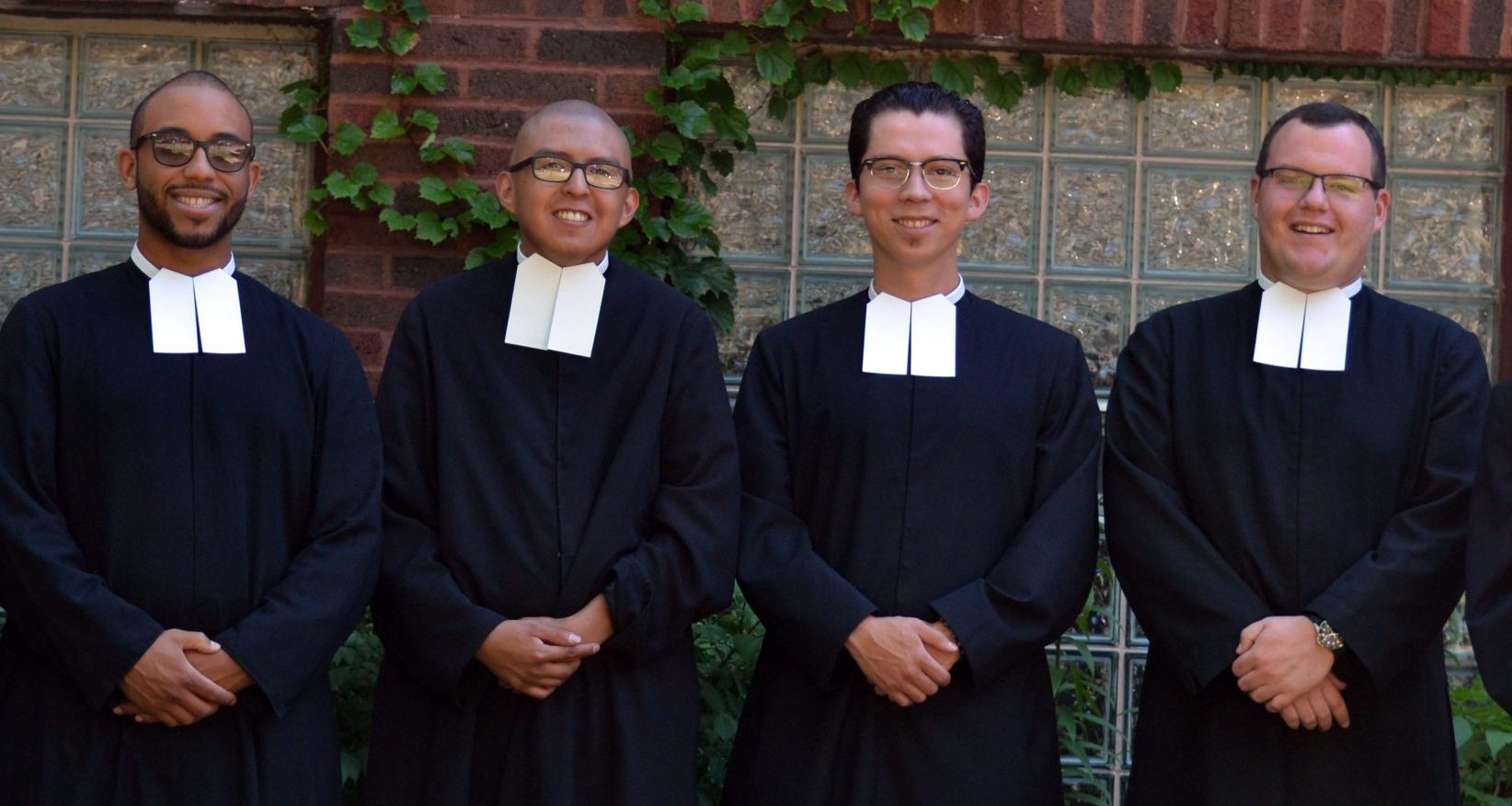 On July 27, 2020, four Brothers from the Lasallian Region of North America will begin their novitiate experience at the Regional Novitiate in Hyde Park, Chicago, Illinois. The novitiate is a yearlong time of formation in a Brother’s life and prepares them “to live a mindful, prayerful and contemplative life in a busy, modern Lasallian environment,” said Brother Thomas Johnson, FSC, Novitiate director.

Prior to beginning their novitiate year, within each of their respective Districts, the Brothers have each participated in a ceremony receiving the religious habit of the Brothers of the Christian Schools.

“The novitiate is the unique experience of initiation into the religious life of the Brother,” as written in the Rule of the Brothers of the Christian Schools.

“It is unique in that it is an intense living experience that hopefully can help the novices adopt or adopt to a greater degree the charism of John Baptist de La Salle in their lives,” said Brother Thomas. “We will also focus on the spiritual growth of each novice including personal prayer.”

In addition to the formation the novices will receive in-house through a variety of speakers and topics, the novices will participate in programs of the inter-community novitiate with about 12 other congregations and 50 male and female novices participating.

“Traditionally, the novitiate is a ‘time away’ from the usual activities of the Brother. There is a good deal of personal, quiet time, conferences, prayer and community living,” said Brother Thomas. “We don’t want it to be anomaly from the real life of the Brothers but we try to make it unique year away from much of the social and apostolic work that will characterize their lives as Brothers in the future.”

Generally, the novitiate experience will begin with novices making an interior journey in the first part of the year, which will include readings, spiritual direction and conferences on topics such as the Enneagram and Myers-Briggs as tools for growth. The later part of the novitiate focuses on religious life through the Rule, educational topics in the Lasallian tradition and other contemporary Lasallian themes. At the conclusion of the year, the novices will request to make first vows, formally called temporary profession.

Please pray that Brothers Kyle, Joseph, Steven, and Rafael be open to the call of God in their lives during their novitiate year.