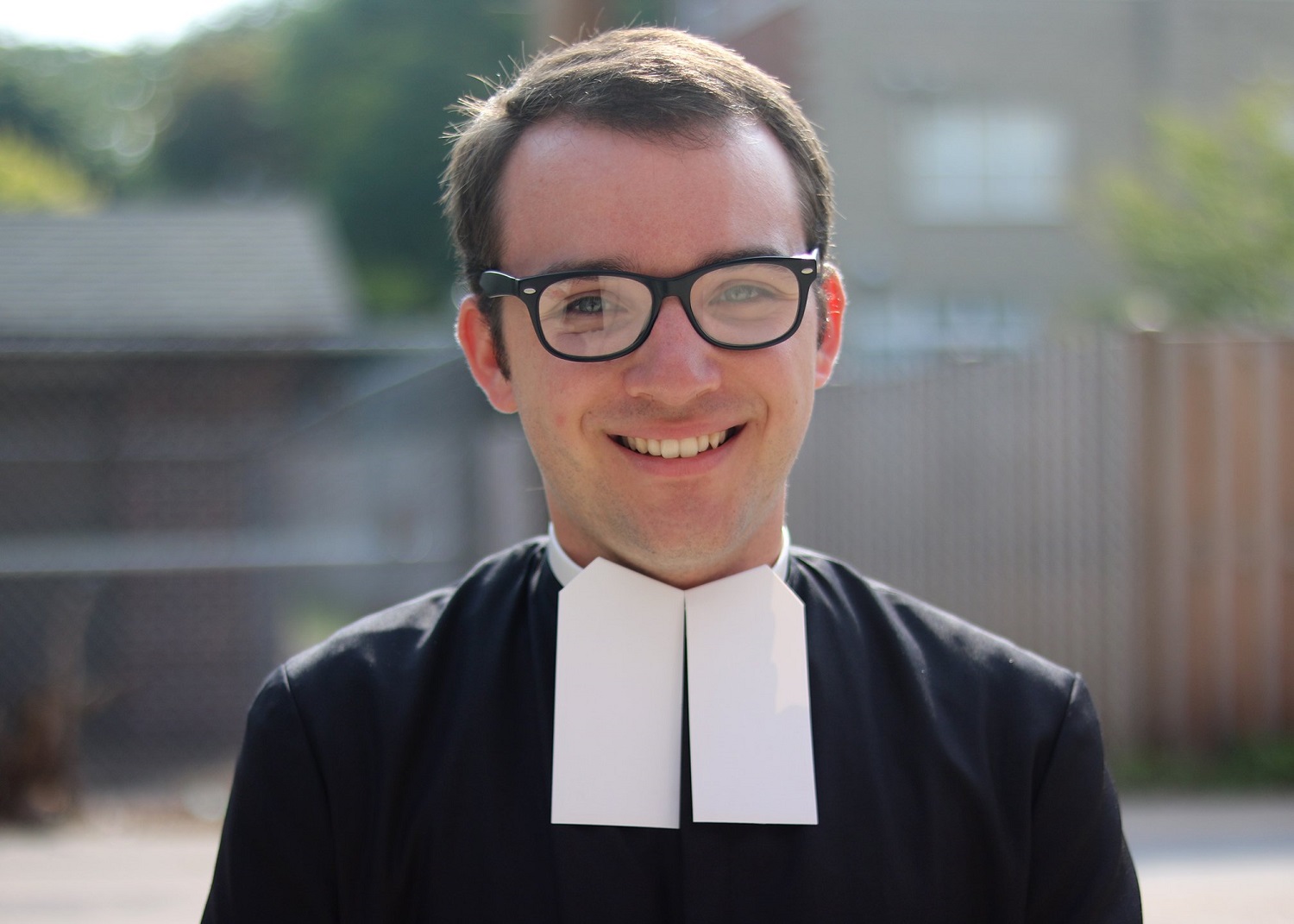 “You can perform miracles by touching the hearts of those entrusted to your care.”

I grew up in a small community just outside of La Crosse, Wisconsin. I am grateful to have been raised in St. Joseph Ridge Parish, where I sang in the youth choir and where my father still serves on the parish council. Looking back, I often recall seeing the Franciscan Sisters of Perpetual Adoration from the Villa St. Joseph, across the street from my home parish.

My grandmother had cared for the sisters in their nursing home and spoke fondly of them. Spending time visiting the sisters there was second nature to me. I was fascinated by their stories. Little did I know then that their vocation stories would sow the seed of my own vocation.

Having spent time around sisters growing up, I felt right at home seeing the Brothers of the Christian Schools on campus during my freshman year at St. Mary’s University of Minnesota. Though I never had the opportunity to spend much time with the brothers during my first semester at St. Mary’s, the Holy Spirit was at work when Laurie Ziliak, one of my theology professors, invited me to meet one of the brothers and consider the Lasallian Teacher Immersion Program.

Created by Lasallian Christian Brother Pat Conway, the program’s goal was to encourage young men to consider the vocation of teaching. Upon Brother Pat’s invitation, I spent the summer between my freshman and sophomore year forming a community with other young men learning not only about the vocation of teaching but also the many facets of the brothers’ vocation, including faith development, community life and apostolic witness.

This experience and an invitation by several brothers led me to continue my Lasallian journey at Christian Brothers University in Memphis, Tennessee and to join the Lasallian Association of New Catholic Educators program.

In this program I lived in a community with 12 other aspiring Catholic educators while teaching in the Jubilee Catholic Schools in the Diocese of Memphis and earning a graduate degree. While in the program I began to live my vocation as an educator modeled after the lives and ministry of the Christian Brothers.

When I completed the program in 2015, I continued to feel called to the community life of the brothers. Another invitation from the brothers led me to take a further leap of faith and join the postulancy program.

Throughout these past five years in formation, I have had the privilege of building relationships with other young men called to the Christian Brothers, particularly my novitiate classmates in the 2017-2018 regional novitiate in Chicago. Though each of us ministers in different apostolates now, I still feel that connection — the call to religious and community life that we share.

During postulancy and after I took my first vows in 2018, I had the opportunity to return to Memphis and join the community at Christian Brothers High School. Though I spent the majority of my day teaching Spanish, I found that some of the most rewarding time occurred outside the classroom — in the halls, at baseball games and on retreats.

It was here that I was able to touch the hearts of my students and oftentimes their families as well. Memphis has been a favorite assignment for the hundreds of brothers who have been there over the past 150 years, and I am proud to be a part of the legacy and tradition of the brothers’ presence there.

My five years in formation with the brothers have helped me deepen my faith, strengthen my call to community and enhanced my zeal for the Lasallian mission.

By continuing to follow this call, I have answered yet another invitation — this time to join the Fratelli Project that serves the Syrian refugee community south of Beirut. While in Lebanon, I hope to continue to be a witness to my faith and touch the hearts of those entrusted to my care.

(Brother Matthew Kotek is in temporary vows with the Midwest Province of the De La Salle Christian Brothers. After teaching for five years in Catholic schools in the Diocese of Memphis, Tennessee, he currently serves at the Fratelli Project, an educational center co-sponsored by the De La Salle Brothers and the Marist Brothers that serves Syrian refugee children in Lebanon.)