Being Brother in Today’s World 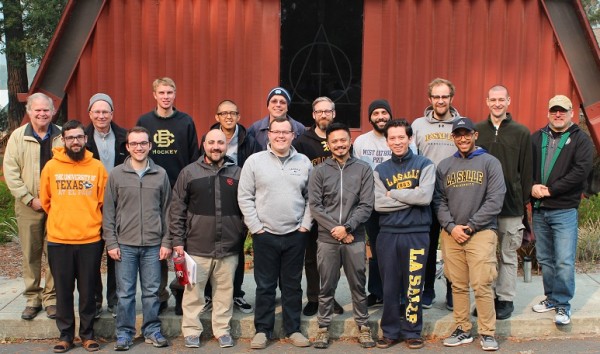 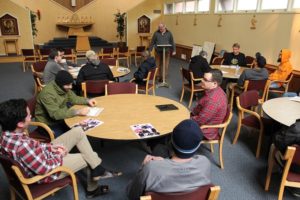 The retreat theme was “Being Brother in the Young Church Today” and was facilitated by Charles Legendre, AFSC, SFNO Director of Evangelization and Catechesis.  Focused on the particular role of the Brother in today’s changing religious landscape, the retreat was organized into three movements: examining three models of faith development by James and Evelyn Whitehead, Ronald Rolheiser, and James Fowler; exploring the religious faith and spiritual practices of young people today through the Brothers’ experience with their own students, “Lasallian Reflection 2:  One Call, Many Voices,” and the Saint Mary’s Press study, Going, Going, Gone; and considering ways of listening and dialogue as effective responses to the spiritual needs of young people today.

“I deeply appreciated the Brothers openness to what I presented and to the processes into which I invited them to participate,” Legendre said.  “I found our honest conversation to be life-giving, and I can just imagine today what these Brothers are bringing to the lives of their students through the authentic witness of being a Brother today.” 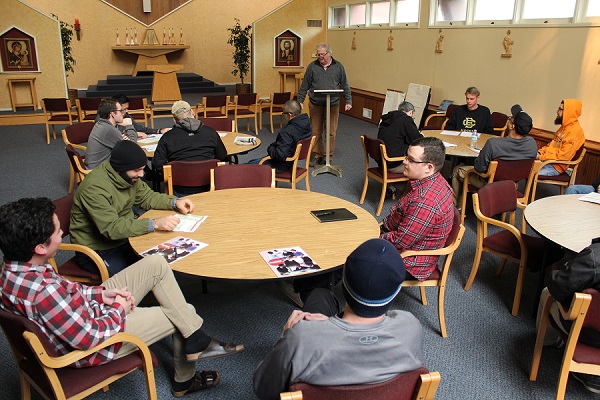 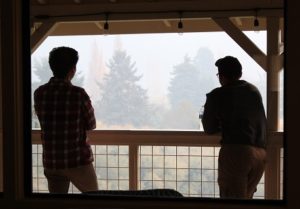 The gathering also provided its participants with ample opportunities for prayer, reflection, and fraternal dialogue.  Evening socials rounded out the day’s activities with time for catching up, simple relaxation, and continued sharing of the thoughts and insights that had been generated in their work sessions.

Commenting on the retreat’s animated community dynamic, Brother James noted, “The spirit of fraternity, both playful and serious, made the discussion of topics enlivening and engaging.”

Legendre agreed, adding, “The Brothers engaged fully in the retreat, and their observations that they offered to one another reflected the depth of their contemplation on the topics of each session.”

According to Brother James, the bi-annual Regional Brothers in Initial Formation Retreats were first held in the fall of 2004.  Attendees are Postulants, Novices, Temporary Professed Brothers, and Formation Directors from the District of Eastern North America, the Midwest District, and the District of San Francisco New Orleans.  The three Districts jointly sponsor the gatherings and also alternate serving as their hosts.

The purpose of the Initial Formation Retreats is to develop among those Brothers fraternal and social support, provide input and education on topics central to their personal and professional growth, and encouraging ongoing dialogue and processing around their experiences.

This accompaniment serves the Brothers in initial formation as they deepen their vocation as De La Salle Christian Brothers in the Church, called to live the Gospel faithfully and creatively in today’s world as men of faith, community, and service.

“We are all ‘on the road,’” Legendre reflected.  “The Brothers in initial formation reminded me that growth in faith requires grappling with fundamental issues which may cause some to feel that our bedrock is crumbling.  No matter our title or station – Brother, Sister, Father, Director of the Office of Evangelization and Catechesis – we, like the students we teach, face crises of faith.  And just like our students, we need a trusted mentor or trusted community to listen and to guide us through that intersection of belief and unbelief.”

Shared from the District of San Francisco New Orleans.