Commemoration of the Heroic Vow 1691 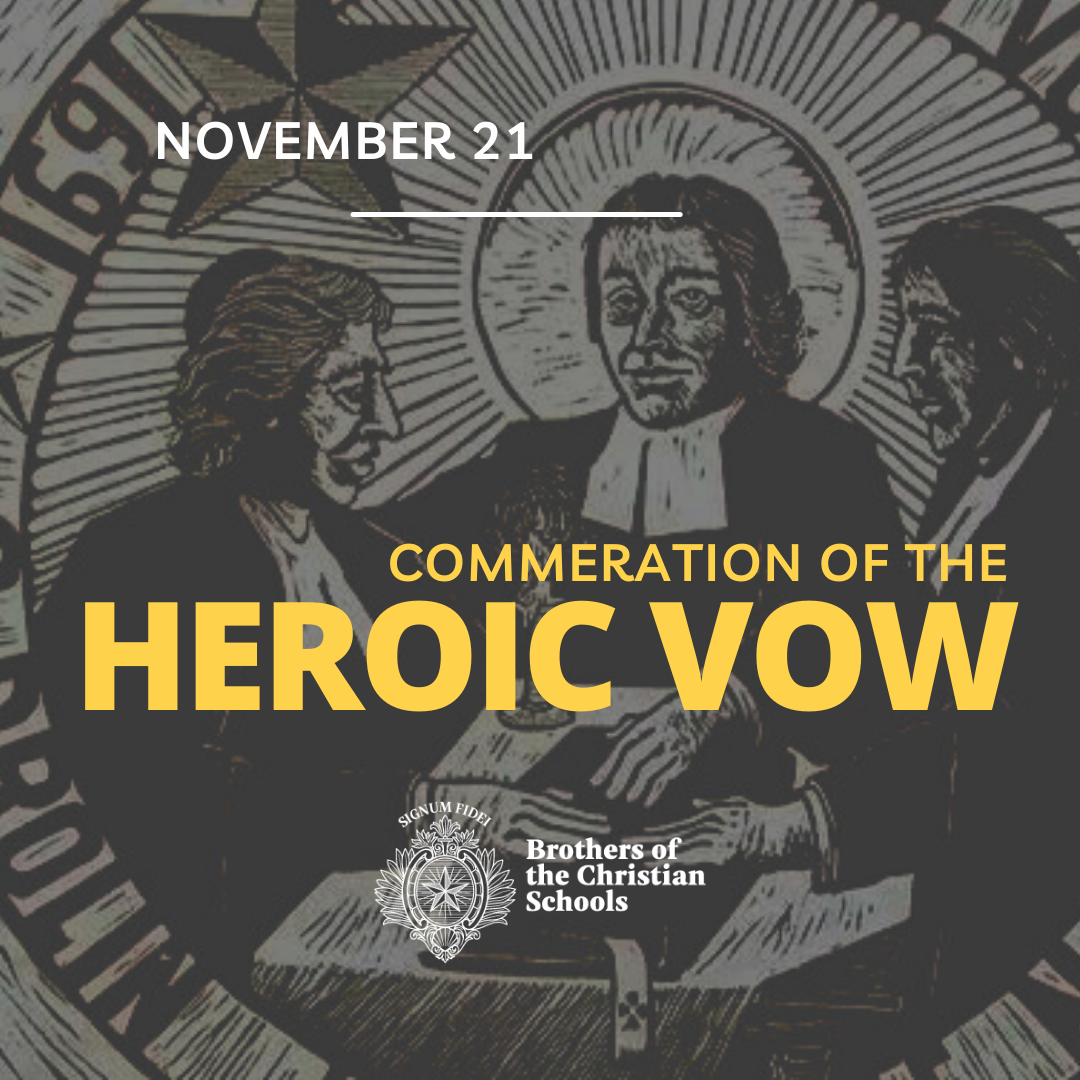 November 21, 1691
John Baptist De La Salle, Nicholas Vuyart and Gabriel Drolin profess the ‘The Heroic Vow’, to remain together in society even if they would have to beg and live on bread alone.
“Most holy Trinity, Father, Son, and Holy Spirit, prostrate in a profound respect before your infinite and adorable majesty, we consecrate ourselves entirely to you, to procure with all our power and with all our care the establishment of the society of the Christian Schools in the manner that appears to us to be the most agreeable to you and the most advantage to the said Society.  And for this purpose I, John Baptist de La Salle, Priest; I, Nicholas Wiart, and I, Gabriel Drolin, from this moment and for always until the last survivor, or till the establishment of the said Society has been completely achieved, make the vow of ASSOCIATION and UNION to bring about and maintain the said establishment, without our being able to abandon it, even if we were to remain just we three in the said Society, and that we were obliged to beg alms and live on bread alone.  In view of which, we promise to do unanimously and with a common consent, whatever we believe in conscience and without any human consideration to be for the greater good of the said Society.  Done this twenty-first of November, the day of the Presentation of the Most Blessed Virgin, 1691, in faith of which we have signed.”