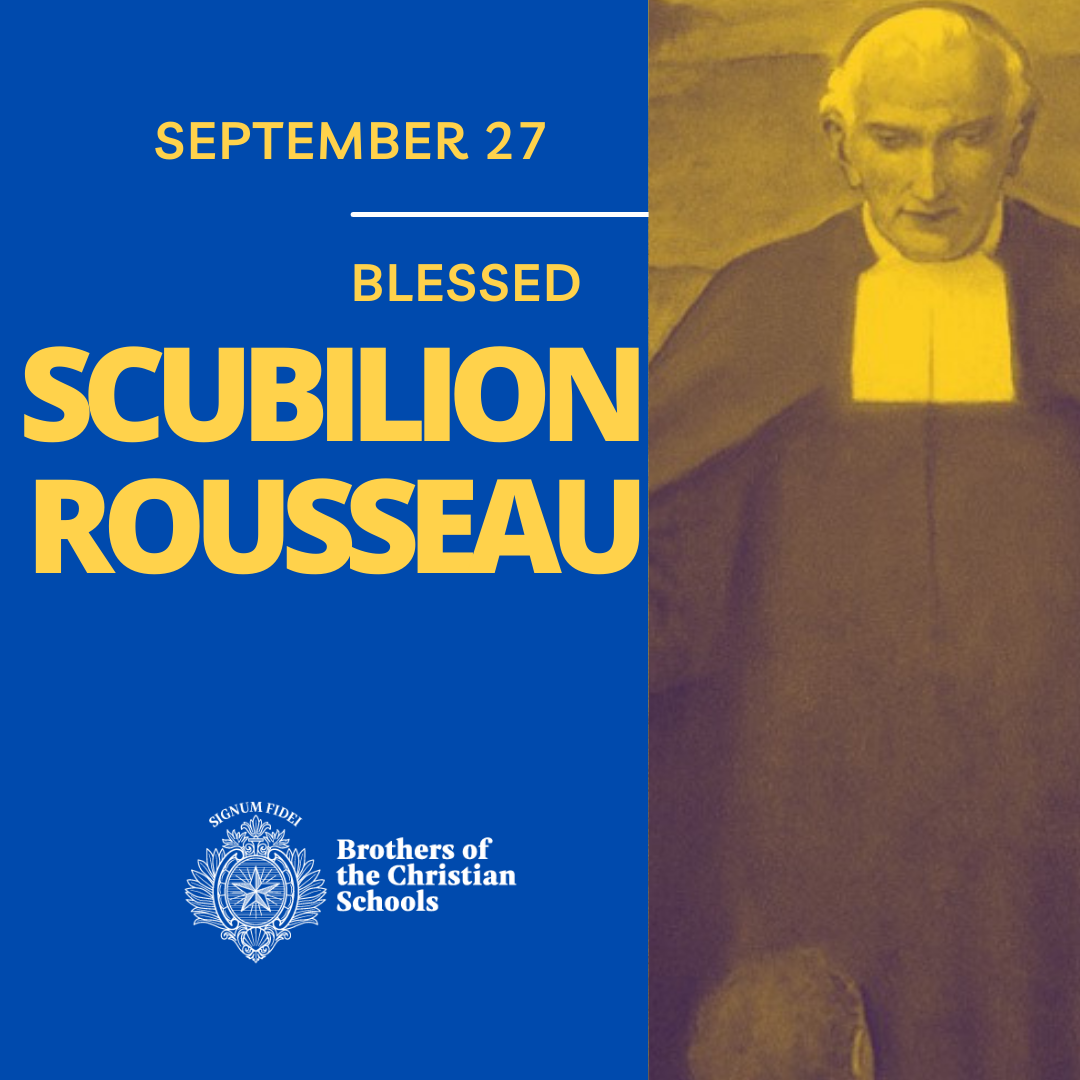 He was a catechist in his hometown when introduced to the Brothers, who had a school in a nearby town. Brother Scubilion spent 10 years as an elementary school teacher in his home country of France, then spent the remainder of his life (34 years) serving the indigenous people who were enslaved on the island of Reunion in the Indian Ocean.
From the Homily on the Beatification of Brother Scubilion Rousseau, by Pope John Paul II
Take part in the Church’s celebrations wherever you are and look on the development of your Christian formation as a priority to which time needs to be devoted. In addition, without relaxing your participation in the Church services, increase your contribution towards the building of a society in which the dignity of the human person is respected.
This concern for the dignity of the human person was something to which Brother Scubilion gave witness during his years of service as a missionary. He was born in France at the end of the XVIII century, in what is today the Diocese of Sens-Auxerre, and which is represented here today. He entered the religious life as a Brother of the Christian Schools, and in order to make a total dedication he offered himself as a volunteer for an apostolate in far off lands. He arrived in La Réunion in 1833 and stayed there until his death.
Love of God and love of neighbor were inseparable for him. In the eyes of all, he shone with a powerful love which revealed the God of Love. He was a light to others, as Christ wishes us to be. «You are the light of the world». He drew light from Jesus Christ and he enlightened others with the light of Christ through his example and especially through his work as a catechist among the slaves.
Prayer
Let us remember that we are in the Holy Presence of God.
O Lord, you made Blessed Brother Scubilion Rousseau an exemplary teacher who by his faith and zeal brought hope to those who were enslaved. By his example and intercession, grant that we may learn how to evangelize those who experience poverty and lead all to be reconciled with you. Through Christ our Lord. Amen.
Saint John Baptist de La Salle… Pray for us.
Blessed Scubilion… Pray for us.
Live Jesus in our hearts… Forever!
+ Google Calendar+ iCal Export